The Pros and Cons of Native Advertising in 2016

Native advertising is “a form of paid media where the ad experience follows the natural form and function of the user experience in which it is placed.” In other words, it means that you are paying for an ad, but at first glance readers may not even realize they’re reading an ad because it flows nicely with the theme of the website, article, webpage, etc. Native advertising has actually been around for several years, but it is only just recently gaining popularity with major online publications such as Facebook, Twitter, Instagram, The Wall Street Journal, and USA Today, and the most popular user of Native Advertising, Buzzfeed.

Sharethrough created the following diagram that helps further explain the purpose and function of this type of advertising:

On the surface it seems like a great idea, but it’s important to tread lightly if you’re a company or a publisher (or both) looking to get involved with native advertising. Learn the ins and outs below.

A Quick Example of Native Advertising

One of the most popular examples is shown in August 2014 in The New York Times who published a post entitled “Women Inmates: Separate but not Equal”. The article discussed issues such as the effect of incarceration on families, problems specifically women face in prison, and prison reform. Previously, a post like this may have been read for what it is: an interesting, objective, factual piece of journalism. The reason this piece was controversial, however, was because it was written in order to promote the new season of Netflix’s original show, Orange is the New Black. Below shows the ad: Although the piece is branded with the trustworthy logo of The New York Times, you can also see the label at the top that declares it a paid post sponsored by Netflix. However, the piece blends so seamlessly with the function of the natural content normally posted by the Times, it’s difficult to notice that it’s a sponsored post unless you’re specifically looking for that information.

This is just one example of native advertising however there are many different types, including (but not limited to): Online advertorials, sponsored content, single sponsor issues, branded content, and product placement, and more. This article by Copyblogger does a great job listing and explaining some of the most common forms.

So do these ads make readers feel tricked, or are they a nice change of pace you’re your traditional ads? Below lists the pros and cons of native advertising. Once you get a feel for how it works, then decide for yourself if you think this venture might be worth exploring for your business.

The Pros to Native Advertising

It’s that simple; native advertising works to increase brand awareness. One reason is because it presents advertising content in a fun, interesting, and/or relatable way for consumers. Take for example the following sponsored that The Onion created for their client, H&R Block: Typically readers aren’t going to go crazy over an article about a dry topic such as taxes, and even more so they’re probably not going to click on any of the call-to-action advertising banners surrounding the post. Yet, this still works as a successful form of native advertising because most likely consumers are going to take the time to read a funny, witty article, thus increasing brand awareness for H&R Block.

This is according to a study done by ShareThrough. That being said, Business Insider reports that you are also 475.28 times more likely to survive a plane crash than click on a banner ad. To avoid trivializing the success of native ads, let me explain some of the science behind why people are more likely to view them over banners:

First, one reason is that banner ads are read peripherally (think about their usual placement on a screen) as opposed to native ads which are embedded in the text and generally read like a narrative. Second, native ads tend to use the same (or similar) keywords in their text as the headline of the post, which subconsciously influences a reader’s opinion of the brand. Here’s an example of this from ShareThrough:

Compared to other forms of advertising, like banner ads and traditional display advertising, native ads tend to be less expensive. This makes them more accessible for a wide variety of small businesses. Some companies, like The New York Times and The Wall Street Journal, charge for both the content and the ad. However others, like The Huffington Post and Buzzfeed, only charge for the media and include the cost of the content in that same fee. Thus, native ads can be a bargain depending on where you’d like them to appear. Do your homework and find the most cost-effective way to incorporate them into your site. Click here to learn more about the various pricing models.

The Cons of Native Advertising

The separation of “church and state” in publishing is a battle that has gone on for quite some time (definitely longer than I’ve been alive). The concept is simply that “advertisers want to inject themselves into a publication, and journalists want to keep their writing pure.” Native advertising poses a threat to this idea because it blurs the lines between church and state more than some (or most) people are comfortable with.

Although brands and advertisers are pretty much in love with native advertising, consumers don’t necessarily follow suit in this love affair. One reason, according to the WordStream Blog, is because this type of advertising has the potential to damage the relationship between the publisher and the consumer. Because the point of native ads is to blend them smoothly into a website’s content, oftentimes their high click-through rate is because a consumer thought they were clicking on content, not on an advertisement. When they find out they’ve been duped, their opinion of the site and product will most likely diminish and they will be less likely to return to that site to make a conversion. This example makes me wonder how many BuzzFeed “articles” I’ve read that have actually been paid posts: Along similar lines, consumers may also question the objectivity of certain businesses when publishers choose to use native ads in their reporting. WordStream poses the scenario that if The New York Times were to publish a story by Dell in exchange for money, in the future, will they be able to objectively report on Dell in pieces that aren’t sponsored? You can see how these lines can easily be blurred, causing ethical concerns among readers and consumers alike.

It’s been said in the past that some major browsers, including Google, are penalizing websites that use native advertising. They are viewing the sites as advertising and spam, and thus ranking them much lower on the search results list. This may be an antiquated view of this type of advertising though, and there is research out there that suggests Google may actually be starting to embrace native advertising and adding it to it’s list of capabilities. This article explains the concept much more in depth.

Because this is a relatively new type of advertising, it’s impact on SEO is still a bit unclear. Thus, you may be taking a risk by incorporating it into your site; make sure you do your research beforehand, and work with some kind of analytics software to track your progress over time.

Do you plan to incorporate this type of marketing into your business plan? Why or why not? As a consumer, do you have a problem with native advertisements showing up when you’re surfing the web? Let us know your thoughts in the comment section below.

Dan Meza is the founder of WP Muze and Muze Web Development Partners. He specializes in project management, strategy, hosting, and development solutions for WordPress projects.

Are you looking
for professionals to proactively maintain
your company’s
WordPress Website? 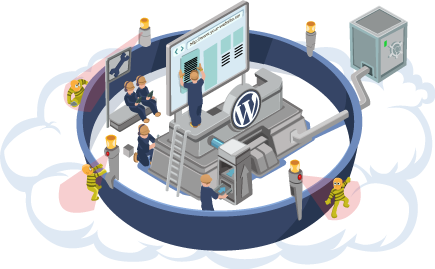 Talk with one of our WordPress experts now
- fill out this form or call us at
281-772-8320! We’ll provide a
no-obligation consultation to review your needs and discuss how we can help.

Fill out the form on the right to schedule a free consultation with one of our WordPress experts. We’ll review your website and discuss how our $99/month concierge service can help your law firm.

Call Us For A Free Consultation